Cango Caves Estate is steeped in history that is closely linked to that of the Cango Caves. Ever since the discovery of the most spectacular speleothems to be found in any cave in the world, visitors have come from far and wide to see the natural wonder and experience the phenomena.

The farm De Combuys was sold by the Crown (British government governing what was known as the Cape Colony at the time) to the tenant farmer Pieter van der Westhuizen in the 1920s, but the caves remained the property of the state in perpetuity.

During the early years a succession of field cornets were appointed ex-officio caretakers of the Caves. But as these field cornets lived many hours on horseback from the Caves, access was mostly free and unsupervised, which led to inadvertent vandalism of the delicate structures. Only in 1890 the sturdy gate was erected at the cost of £20, and which is  still in use at the entrance to the caves.

In those years the road between Oudtshoorn and the Caves were in poor condition and travelling along it on horseback or by ox wagon involved crossing the Grobbelaars River at least 32 times.

The last mile or so was hardly accessible and the visitors outspanned their ox wagons or horse drawn carriages under the willow trees along the river, much to the chagrin of the then owner of the farm because the oxen and horses grazed on his pasture and trampled the waterways.

History has gone full circle, for today Cango Caves Estate offers a respite to weary travelers on their way to the Caves, and a welcome retreat for travelers overwhelmed by their visit to this historical monument and World Heritage Site.

The farm De Combuys changed hands a couple of times until it became the property of HWJ van der Veen, who was appointed caretaker and chief guide of the Caves in 1921.  The present owner, Kobot Trust, bought the portion on which the entrance to the Caves is situated, and which is also known as Grootkraal, from the deceased Van der Veen estate in 2010 with the view of developing a welcome retreat on the doorstep of the Caves. 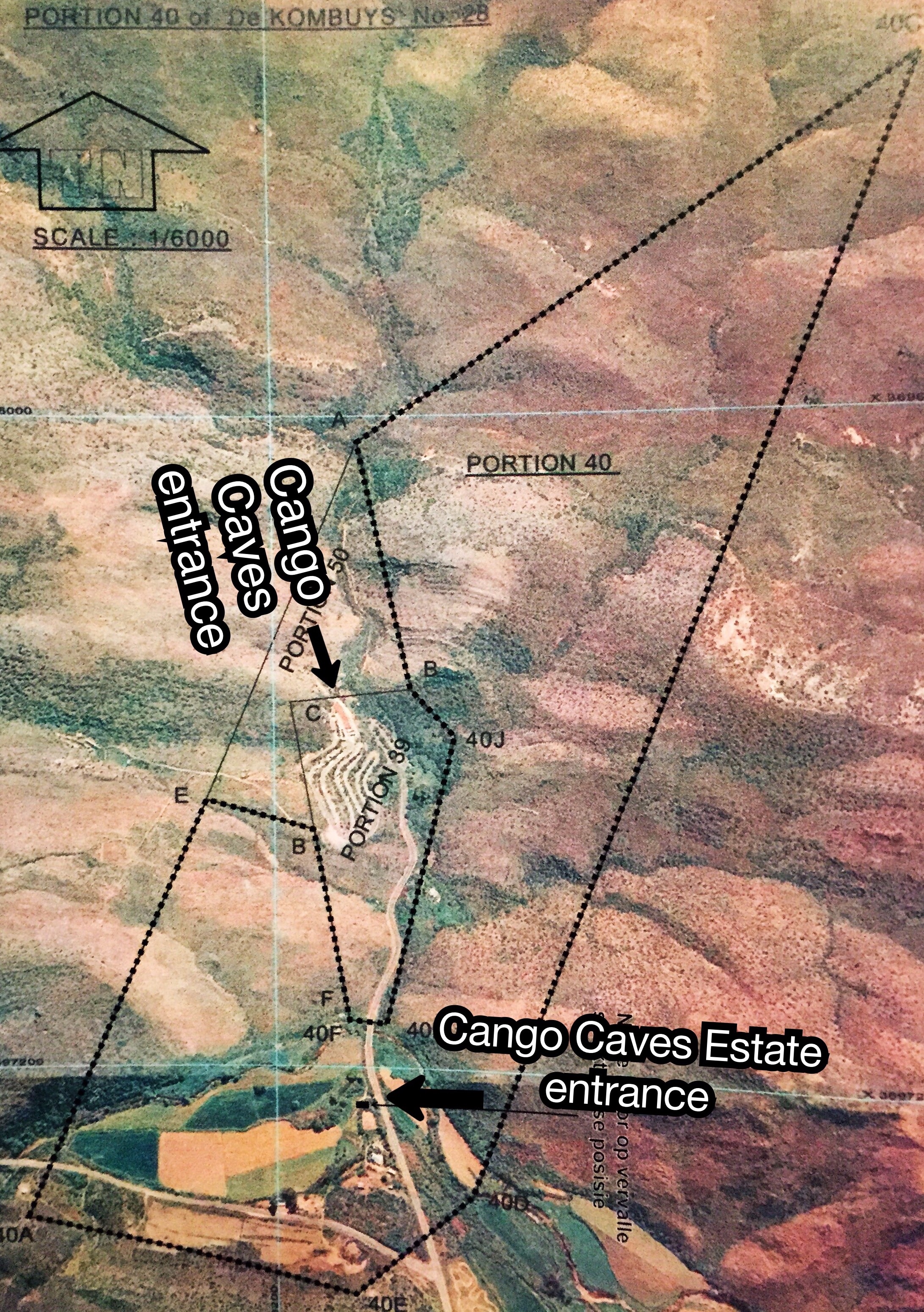